The imposing gothic style buildings were built in 1850 by Arthur Kiely-Ussher for his wife. The extravagant fairytale gates were the only part of the castle to be built as money ran out soon after they were built. There is a path taking you on a circular wooded walk with a mixture of broad-leaved trees and conifers. There are a good selection of ferns to be found including Soft Shield-fern, Lady-fern, Broad Buckler-fern and Hay-scented Buckler-fern. Tunbridge Filmy-fern is found on the rocks on the left bank of the stream at the top of the valley under the Cherry Laurel; these are very dense and make it very difficult to find this small fern. Himalayan Honeysuckle is abundant in places as is Grey Sedge and Remote Sedge. Ten species of brambles have been named from this circular walk. If you start your walk by walking along the path on the west side of the stream you should find Rubus flexuosus to be common, after passing under the tunnel immediately on your right should be a patch of Rubus griffithianus and after walking over the bridge with it’s towers directly in front of you below the conifers should be a clump of Rubus pallidisetus. Common Twayblade can be found along the side of the path just after crossing over the wooden bridge. 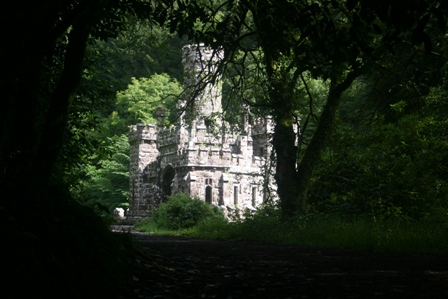 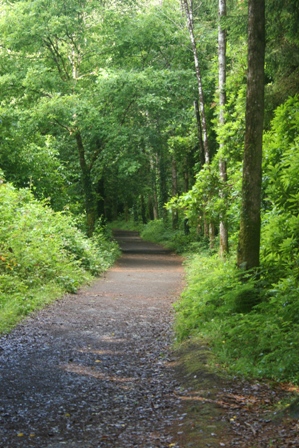